Next in our blogging series of secret New York,  comes the wonderfully quiet Roosevelt Island (previous post on the Ramble Cave here). In seven previous visits to Manhattan we had not once even contemplated visiting the narrow strip of land in the middle of the East river.

I doubt many tourists give the island a second thought, when consumed with the decadence that New York promises. The bright lights and reputation are just too much for the average tourist.

Roosevelt Island however offers an array of quirky, bizarre and somewhat unorthodox experiences. None more so that the island’s southern tip where the New York’s only ruin is still stands today. The ruins are of a 1800’s gothic style hospital. The Renwick smallpox hospital was answering the call of one of the worst diseases in human history for nearly twenty years. It is rumoured that nearly 7,000 people were treated a year here. It was converted in nurses quarters shortly after, and was used up until the 1950’s where it was rendered obsolete and abandoned..

Renwick Hospital is currently surrounded by fencing yet still stands alone, with no other structures imposing on what is no doubt a historic site. This site has witnessed trauma, horror and death, but also salvation, help and life. It’s remarkable that in such a modern, cosmopolitan city, there is an undeveloped area that houses such history.

As a location that has witnessed such a magnitude of death (estimated at over 13.5 thousand) the rumours of it being haunted could well hold some truth. It is even referenced on a number of sites as being one of America’s most haunted locations. During our visit we never felt any sensation or saw anything that would substantiate the claim, even with the eerie mist which coasted the island mid morning. 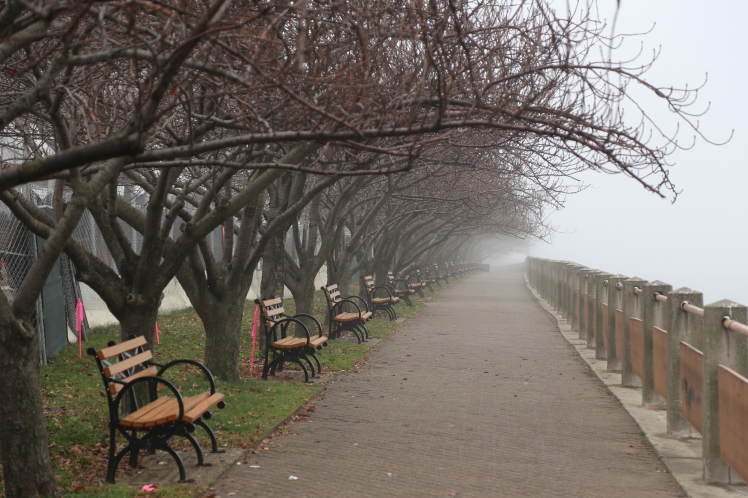 To the east of the ruins lies another one of New York’s best kept secrets. Similar to Renwick this lesser known attraction is also a sanctuary of sorts, but one for our feline counterparts. The cat sanctuary runs the length of a natural coastline giving the previous stray population of the island a place to call home. The Island has been home to a thriving number of abandoned cats for many a century. However after the death of a local cat, the residents decided to trap the strays, neuter them and give them a real home. They are fed and watered in a hope that some may one day get adopted into new homes across the city. Spotting a cat amongst the undergrowth or in the ruins of the hospital is quite a common experience. 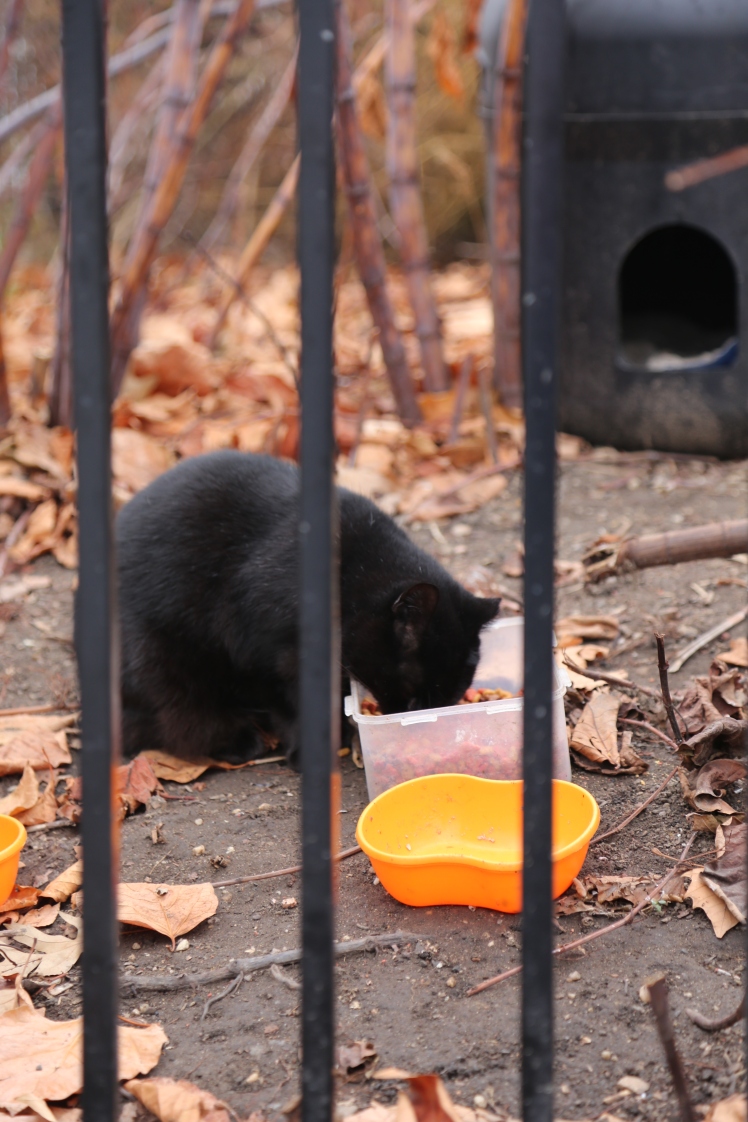 we have no doubt Roosevelt Island holds more unexplored treasures, however is overlooked by the usual weekend tourist. If you have the time and appreciate a different kind of experience, with incredible views of the iconic city that never sleeps, this small island is a real hidden gem.

Roosevelt Island is accessible by the L Train or the historic tramway car at 59th & 2nd.

If you are heading to New York and want any advice, hints or tips please feel free to get in touc here or email direct at travel@awanderingmemory.com. We are more than happy to help

There was an error retrieving images from Instagram. An attempt will be remade in a few minutes.