Lines can be drawn, formed or visualised.

However when you think outside the box, some lines can be quite beautiful.

Climbing a Namibian desert sand-dune just before dusk is a line of people.

We as humans seem to form naturally form lines 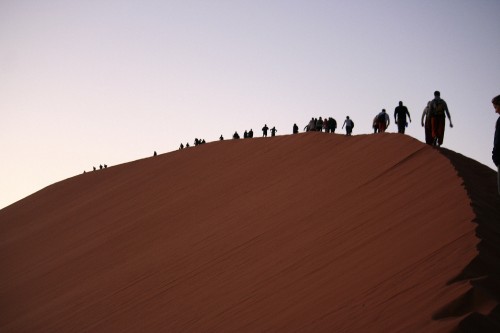 Or even the when we made it up the dune, a line formed that separated the light from the shadow on the dune.

In response to the daily post photo challenge of Lines.

6 thoughts on “The Beauty of Lines”

There was an error retrieving images from Instagram. An attempt will be remade in a few minutes.